My internet has been really weird since getting home and it's driving me crazy. Kinda hard to catch up on YouTube videos when they buffer every thirty seconds. Geez.

MAGFest was an absolute blast this year though. I'm so glad that I got to hang out with so many people. And it was a lot easier than last year, since this year I actually knew people. Last year was just a lot of meeting new people, and it was my first convention, so it was a bit overwhelming. (But still fun!) This year was more chill, I felt more comfortable around everyone, and I felt like I could go off on my own without fear of getting lost or something. I do wish I'd done more stuff, like attending more panels and playing more games, but since we weren't staying in the convention hotel this year, I felt like I didn't have as much time. I also had that nasty shoulder/neck pain for the first two days so I didn't feel like doing much regardless. But I met rad people and bought rad merch so I'm pretty pleased.

Today I've been trying to catch up on YouTube and check out the websites of the artists whose business cards I grabbed in the merch hall, but like I said, my internet is being ridiculous. I pay too much for it to not work properly.

Tomorrow is my first day back at work! And it's an early day, of course. I'm just listening to CHVRCHES and hanging out with Cas right now so it's a chill night, at least until Cas gets hyper. He's playing with a piece of paper right now. Also, this Snapchat filter is the best. 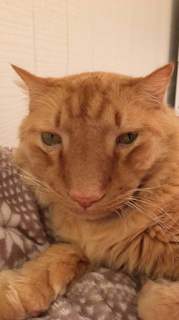