Hello beauties! I have some fragrance reviews for you today! I'll try and spread them out a bit, since I've tried quite a few new ones lately, but I'll do two today.

And before I forget, here's the coat I got yesterday! I love it so much! 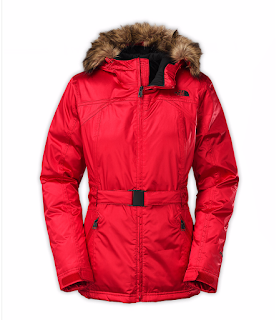 All right, so today is a Serge Lutens review day. I've recently tried a few new scents from the brand, but I need to retest one because I don't remember it all that well.

So first off we have Cuir Mauresque.

I'm not sure why I'd never seen this scent when browsing Fragrantica or sites that sell SL, but I was buying some samples on Surrender to Chance and this one came in a set with two other scents I wanted to try, and I got super excited because anything with "cuir" in the title gets me excited. (Cuir meaning leather, and in this case "Moorish Leather".)
Now, I'm not sure why, but this smells very familiar to me. It oddly reminds me a lot of Misia from Chanel. It has this fruitiness to it, and it's quite sweet. It's primarily composed of leather (of course) as well as myrrh, incense, caraway, and amber. The drydown is definitely a standard incense-and-resin drydown. Sweet and smoky. Again, it's a very familiar drydown, but I can't place it.
I really do enjoy this scent. Would I buy a full bottle? Probably not. But I definitely like the scent, especially in this chilly weather.

Next up is a somewhat infamous/controversial Serge Lutens scent, Muscs Koublai Khan. I've wanted to try this for several months now because of all of the insane descriptions. Sometimes scents are described as "animalic" and I've never really understood that term until I smelled this. (I smelled it a bit in Dzing! but nothing like this.) This smell really is a mindfuck. The main notes are civet and musk, both of which are derived from animals. I have perfumes with both of these notes in them, but not as dominant notes. I described Dzing! as smelling a bit like a circus, particularly if one were standing near an elephant. It's this strange scent of hay and wild animal. This scent is all about that. Someone on Fragrantica described it as what is would smell like if they drove by two buffalos mating. If you can imagine that farm-stable-barn-wild animal smell, that's what I'm getting at here. But here's the catch- this scent is also very sweet and sexy. That's where the mindfuck happens. Amongst the copulating wildlife, there is a beautiful, sensual amber, rose, and vanilla. It's so contradictory to pair these feelings together, the wild animals and the sexiness. It feels very carnal. Some people seem to really enjoy this, but it makes me a bit uneasy. However, I would 100% recommend this scent as something to try. Even if not to love, to experience. It has a very raw, unnerving sensuality about it, and it's fascinating.