Avatar was on TV tonight. It's hard to watch that movie with commercial breaks though...it sort of takes you out of its reality. Also my sister kept wanting to watch Degrassi, so there was a lot of channel flipping.

I saw a gif on Tumblr and realized that "I see you" isn't an Avatar exclusive thing. It's a big deal in Avatar of course, but it's also something Jack says to Rose when they first speak. James Cameron has a thing for seeing, it seems.

I made this helpful (i.e. unnecessary) graphic for you guys. Oel ngati kameie. 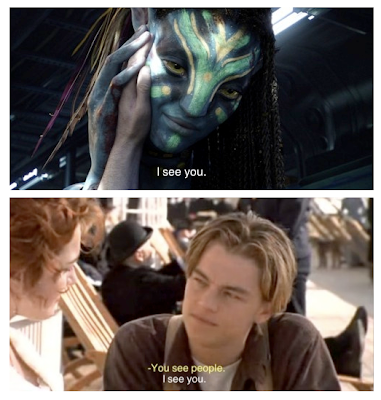