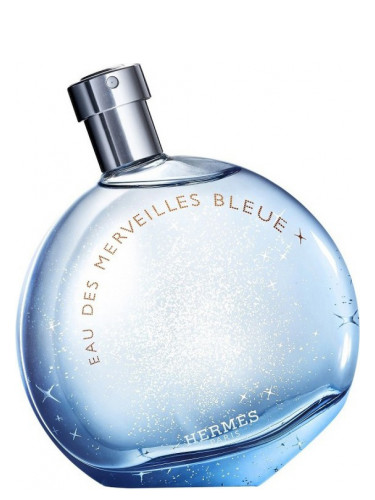 I've been meaning to try this since it came out, and I finally had the chance. I'm not really an aquatic fragrance kind of gal - there are very few in that genre that I enjoy. But I love the Merveilles line, so here we are.

First off, the initial whiff was distinctly of the Merveilles family of scents. I don't really know how that's possible, but it was instantly recognizable. Then, of course, it deviates into an oceanic scent. This scent isn't overly complicated; it has very few notes and is mostly linear. It's not one of those scents where the notes all come together to create this really unique or unexpected smell; if you know what the notes in this smell like, you can probably already tell if you're going to like it. For me, the dominating feature was the marine aspect. It was that very nondescript calone sort of smell, though not as artificial as some. However, I didn't find it to be particularly salty or sea breeze-y. And then the woody notes, which were only semi-present, were the same in that they were quite generic. Not any wood you could name, like cedar or sandalwood. Just a sort of woody aroma.

I realize this doesn't sound promising, but I actually don't mind this scent. It's not a "love" for me, but then again, few oceanic or aquatic scents are. Also, I'd like to point out that despite being marketed to women, this is absolutely unisex. I think this is one of those scents that I would enjoy more on someone else than myself - it's pleasant enough on me, but it's just not for me.
Posted by Kate at 7:02 PM