Hello lovelies! I'm going to try and be better about blogging today, even though I'm completely exhausted...and just woke up from a nap.

As per jet lag, I woke up at the very strange hour of about 3:45 AM. Luckily, Brad also happened to be awake (time zone difference BONUS!) so we got to chat for a bit. Then, when things finally started to open here - namely Tesco - I showered then walked over to get some breakfast and snacks and such.

Then I wanted to get back to the city centre. I knew taking a cab would be expensive, so I bought a Leap Card. Buying the Leap Card and topping it up was just as much as a cab would have been, but it's also refillable so I used it later in the day as well.

I'm still totally confused by the bus system here. It's not clear (to me) which buses go where. So I went to a bus stop where there was conveniently a man who worked for the bus company waiting as well, so I asked him my stupid foreigner questions about how to use my Leap Card and if this bus was going where I was going.

Luckily I made it made to O'Connell Street, which was my main stomping grounds last time I was here. I stopped into Primark and bought some super cozy winter leggings (pajama bottoms?) and I love them! I was feeling a bit dizzy then though, so I decided I should try and find the Tara Street train station (which was very hard last time I was here, though I don't recall if I blogged about that) so I could get myself back to Dún Laoghaire.

(I briefly stopped to have a snack at this point and was greeted by a very eager pigeon. I tossed one of my crackers to him, and suddenly a ton of pigeons swooped in and hung out with me for a bit, so long as I occasionally gave them crackers. They were so nice! The first pigeon even hung around for a bit after the others had left, so I think he and I became friends. I named him Ryouta.)

There was a Subway at the station so for old time's sake, I ordered myself a sandwich to eat on the pier. I topped up my Leap Card again just to be sure, and that was my ticket. Leap Cards are cool, you can use them for a bunch of things!

Despite a delay at the first stop (A "signaling error"), I happily made my way to Dún Laoghaire. The weather was actually quite nice - very windy, only slightly chilly, and most importantly, not raining. I stopped into the same shop I'd stopped in last time to use the toilet since I knew it was there (so much deja vu) and then set off toward the east pier. The pier was exceptionally windy, but it was so lovely. Even without the armada of sailboats floating in the harbor, it was wonderful. The sea was gorgeous, it sounded gorgeous, it smelled perfect...it was really, really great.

I knew I wanted a picture of myself similar to the one I have from the pier on my last trip, but since I was alone this time, I had to find someone to take one for me. That's always a little intimidating, and I took some good old selfies in case I had no luck, but I did in fact have some fantastic luck. The first person I approached was a sweet older woman who was very chatty and more that happy to take some pictures. (She seriously took like five, a couple candids.) She was so kind and friendly and I feel so lucky to have come across her! And I got just the pictures I was looking for.

After pausing a few times to snack on my sandwich, I made it to the end of the pier, where the lighthouse was unfortunately closed off. So I took the upper route back down the pier (quick note: the pier is nearly a mile long) and found a sort of secret back way to go which would take me behind the pier and close to the sea, the rocks, all that fun stuff. There was a real sea breeze back there, the good salty kind, and it was amazing.

I wanted to walk around Dún Laoghaire some more, but my feet hurt really badly and it started to rain just as I left the pier. So I went back to the train station, and back into the city centre I went!

It was raining pretty badly by the time I got back, and with my minimal bus knowledge, I decided I'd just get a cab. Luckily, I not only found one right away, but had an amazing cab driver. (The two best cab drivers I've ever had have been Dubliners.) We talked the whole way back to my hotel, and he gave me some tips about getting to the airport and so on, and he was generally just a really pleasant guy. We talked about how I was really enjoying the weather here because it was warmer and less snowy than where I'd come from, and he told me he could barely handle six weeks of snow per year, so I advised him not to visit Minnesota in the winter. :)

Back at my hotel I was bombarded with the headache that had been hanging around all day as well as incredibly sore feet and legs, and a wee blister on the bottom of my foot to top it all off. After being unable to find my ibuprofen for ages, I finally found some, talked to Tom a bit (bit ironic), and fell very soundly asleep.

So I've just woken up to my blog alarm and wanted to update you all on my first real day of doing things here! It was a really lovely day overall, and tomorrow I'm off to Belfast! It seems like that came up really quickly, and I've not packed yet, so I'm going to get up early (since I want to go back to sleep now) so I can pack and then get a cab to the train station, since I don't know where the station is. Then it's a shopping day in Belfast and a visit to the Titanic Museum, then the next day is the Game of Thrones set tour! 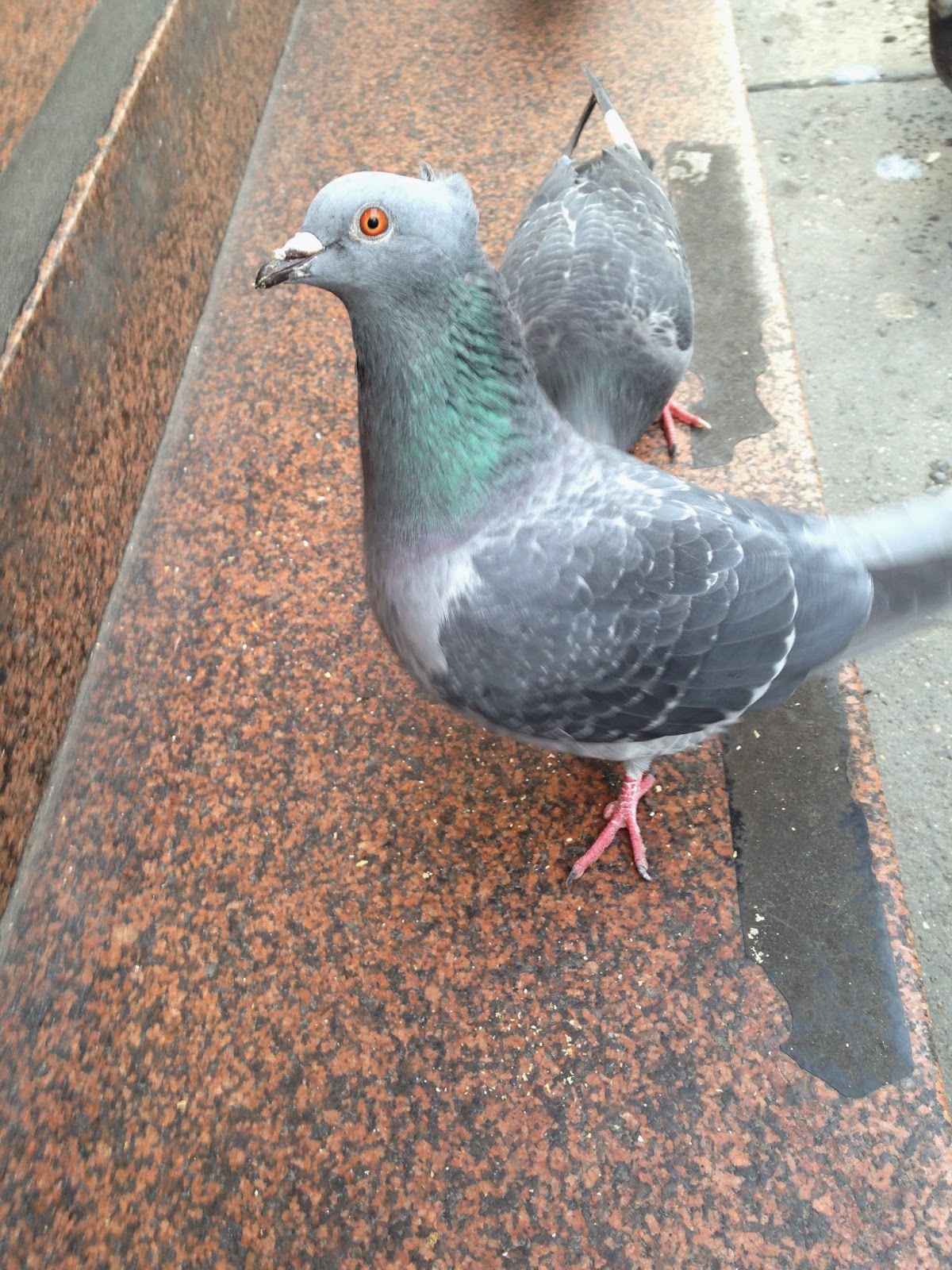 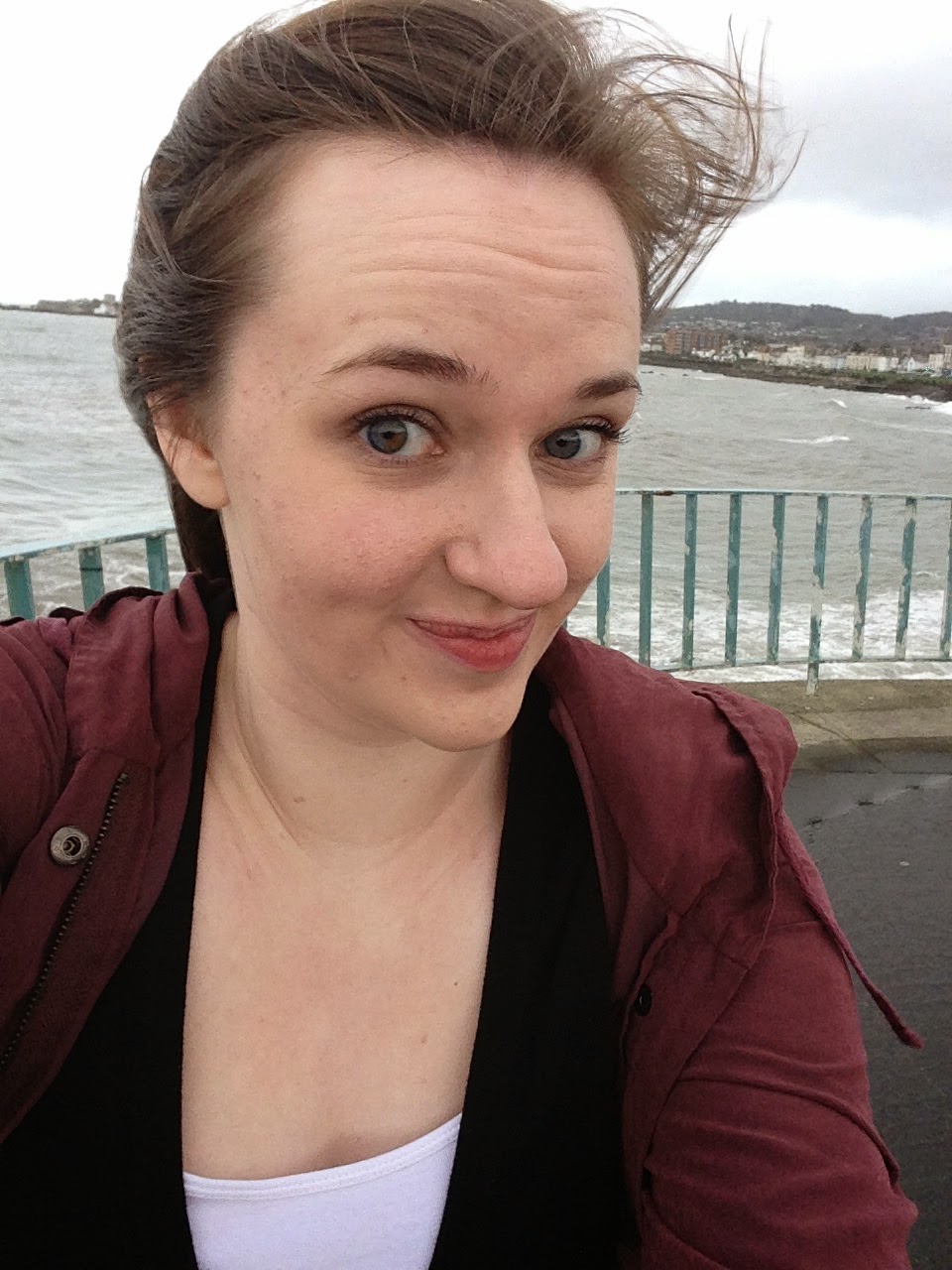 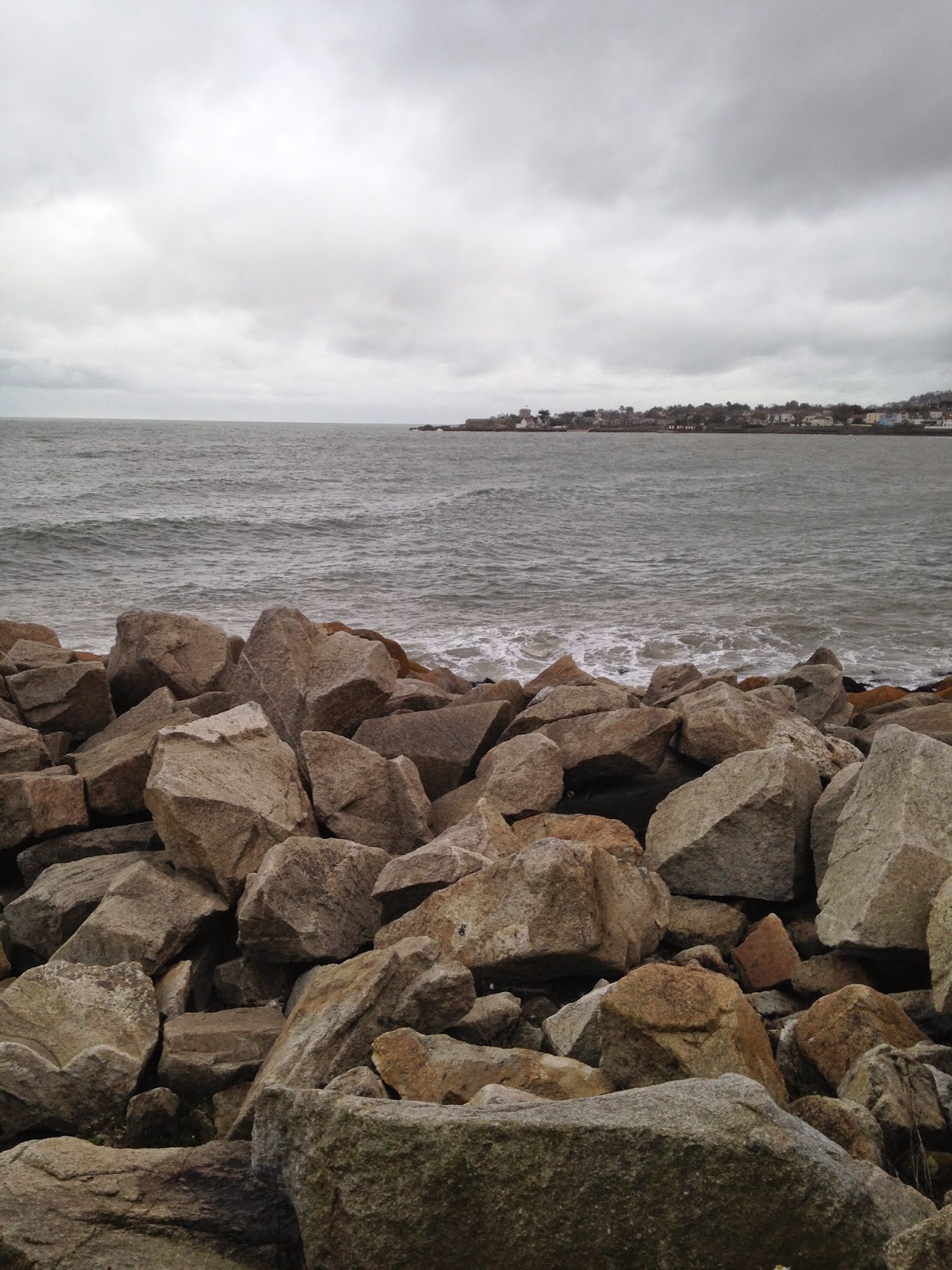 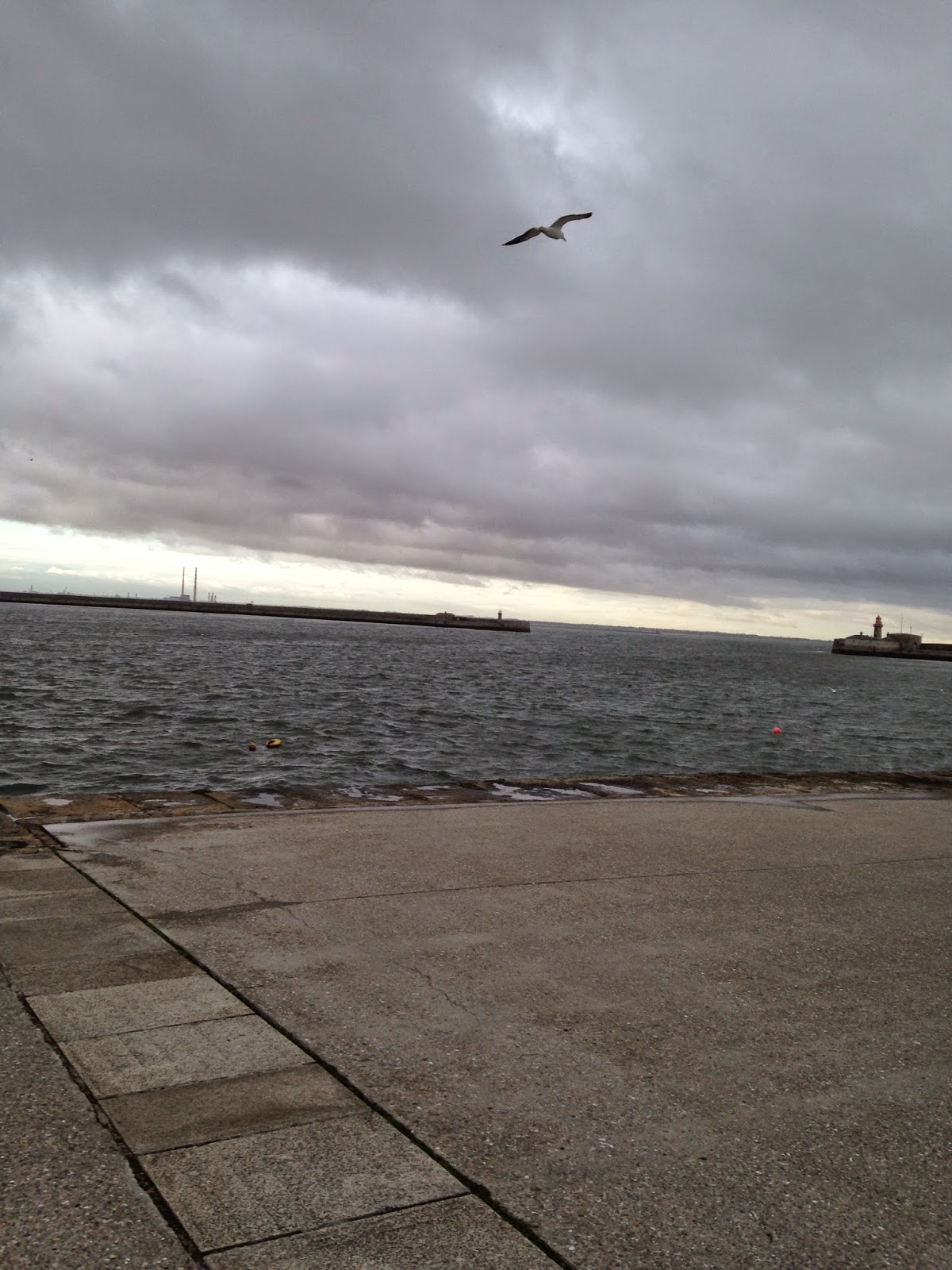 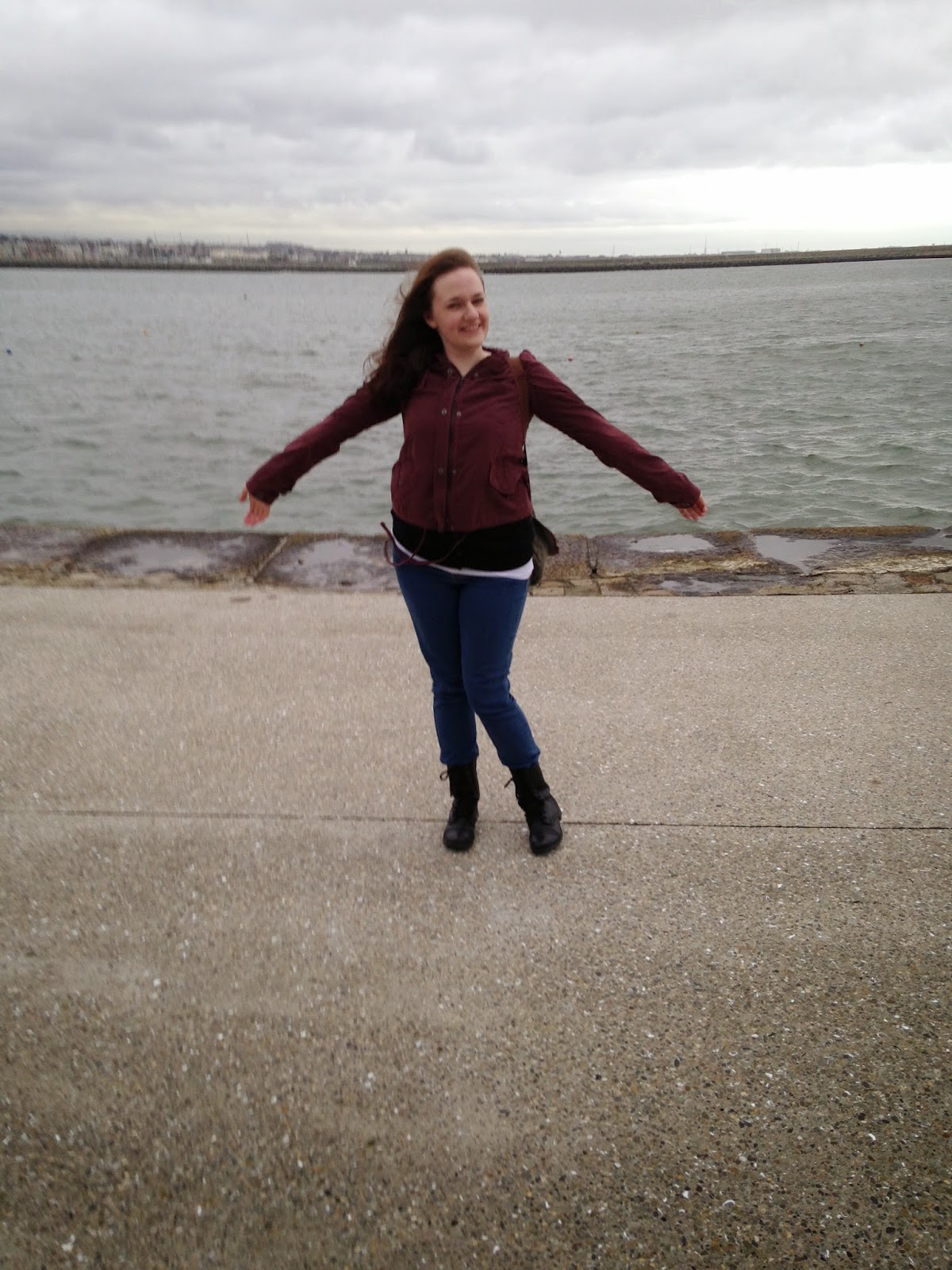